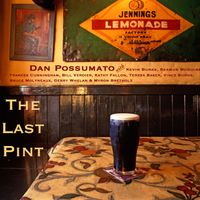 From the recording The Last Pint

This set starts out with another tune from Brendan Breathnach's collection, Ceol Rince na Heireann No. 99, Vol. 4. The second reel is also known as Up Against the Buachaláns, Miss Lyon’s Fancy and The Knocknagree. It is listed as #158 in Ceol Rince na hÉireann, Vol. 1. As for the last reel, there are a significant number of tunes named after James “Lad” O’Beirne, the the great fiddler from Co. Sligo who later emigrated to New York. When I was an instructor for the U. S. Army I once had his nephew in class.